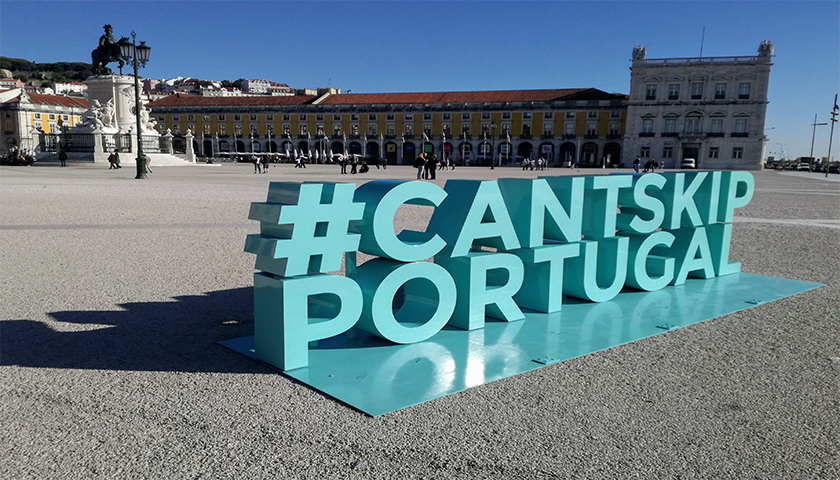 The international tourism campaign "can't Skip Portugal" and brand activation during the Euro2016 won three Silver Awards in the following categories: Internationalization, Tactical communication and Low Budget, the effectiveness of Communication Awards, an initiative of the Portuguese Association of Advertisers-APAN recognising excellence in communication and your ability to help achieve strategic objectives.

"Can't Skip Portugal" is the campaign launched at the beginning of 2017, with the aim of projecting the image of Portugal and increase awareness on international markets. Composed of four films, the campaign bets on the message that there is no way you can pass next to a fate like this: authentic and unique, with so much to see, prove, feel and experience, a reasoning that extends to all communication of tourism of Portugal. A destination for all, that can be visited all year round (the films were entirely recorded in December 2016), for all ages and with an offer greater than the more traditional destinations. It was released exclusively in digital media, de 20 strategic markets, and is Portugal's campaign most viewed ever, with more than 10 million views since your launch, in may. Despite having been implemented in 20 countries came, organically, the more than 200.

"Who's gonna win" is the campaign that the Tourism of Portugal triggered during Euro2016 and which reached more than 7,5 milhões de pessoas. The aim was to take advantage of the European Football Championship to prove that Portugal also presents good results as a tourist destination, accentuating the strengths of the country with regard to natural resources and landscape: more hours of sunshine, more waves, more surf spots, more golf courses, more hectares of vineyards than competitors and a language spoken by 215 milhões de pessoas.

Macau: SJM expects to open a new casino in 2021