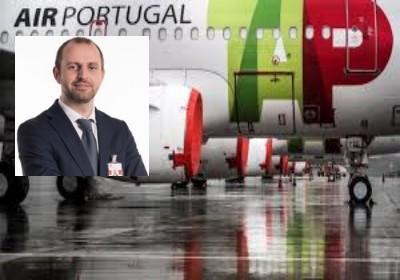 In a recent message sent to workers, the executive president of TAP informed that in September the company reduced not only its capacity in 72% but the number of flights in 68%, compared with the same month 2019.

Ramiro Sequeira also mentions in the message that TAP will start to release a document with operational information, on a regular basis over the previous month. Also on this topic, an intranet channel was also created.

In the data disclosed in the information, the carrier also explains that the reduction in capacity has slowed down, compared to July and August, with falls from 88% e 75%, respectivamente.

Regarding the average global occupancy rate of TAP on flights made between May and July, after the period of almost complete stop, é de 60%, twenty percentage points below the global average 2019, despite the reduction in the realized capacity, stressed Ramiro Sequeira adding that these values ​​are in line with the IATA study, which observes an occupancy rate of 49% on international and 64% on domestic flights, em Agosto.

The executive chairman of TAP was concerned about the behavior of current demand and with reservations made more and more for the short term. In front of Face a esta situação, Ramiro Sequeira guarantees that the company will have to continue to adapt flight planning to this new market dynamics.

– This scenario will only be the exception of the holiday season, during which we plan to be sized for the slight increase in demand expected, disse.

The president of TAP also did not reveal any details about the company's restructuring plan., which is being prepared by Boston Consulting Group (bcg), but promises to handle, to workers, of what is being done and keep them involved in the same, according to the size of the contribution of each.

Açores: overnights to go up and relief in restrictions

António Costa wants to release’ the country in late summer

CTP asks the Government for measures to allow stability for companies