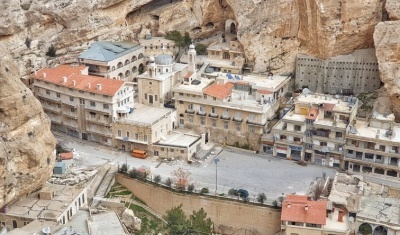 We hope that 2022 be a better year for tourism than in previous years. This was said by Mohammad Rami Radwan Martini, Syria's minister of tourism, at a press conference in Damascus, explaining that the country's tourism sector is slowly starting to recover..

The minister added that the number of arrivals in the country had risen since the beginning of the year to 488 mil, an increase over the previous year, without, no entanto, specify the numbers, nor the origin of tourists.

Mohammad Martini pointed out that there was great interest from European tour operators in programming Syria, but he did not mention which countries the requests came from..

It is only known that there is, pelo menos, two european tour operators, one based in the UK and the other in Germany, who are promoting trips to Syria in 2022.

Hélder Martins is the general manager of the Hyatt Regency Lisbon