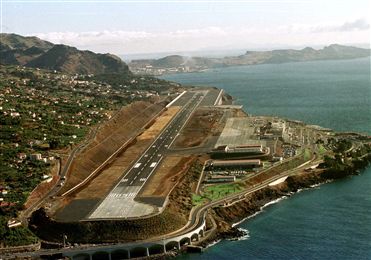 If you can postpone travel now, make this postponement so as not to take risks, because, de facto, the situation is uncontrollable on the continent, said the President of the Regional Government of Madeira, Miguel Albuquerque.

Considering that the pandemic situation is uncontrollable the Government of Madeira, which recently extended the calamity situation until 30 de Novembro, advised residents in the archipelago not to travel to mainland.

The president of the Madeiran executive stressed that this is only a recommendation, explaining that travel to the mainland must be strictly necessary, Noting that the outbreak is very strong, especially in the central area and in the north, and there is no point in taking risks.

Madeira started to require testing for people who have departed from airports in the region and whose return occurs within a maximum period of 72 horas. Ou seja, travelers in this condition, who didn't do the test before, will have to do it between the fifth and the seventh day after disembarking in the archipelago.

Açores: overnights to go up and relief in restrictions

António Costa wants to release’ the country in late summer

CTP asks the Government for measures to allow stability for companies