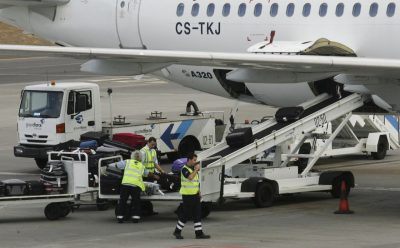 They were scheduled for the days 31 de Julho, 01 e 02 August new serious of Groundforce workers, but after more positive news in recent days, just been deconvoked.

The decision was taken this Thursday by the unions of Airport Handling Technicians (STHA), das Indústrias Metalúrgicas e Afins (SMOOTH) and of the Economists (I KNOW).

The unions thanked the involvement of the Portuguese Tourism Confederation (CTP) and the Portuguese Association of Travel and Tourism Agencies (APAVT) que, in a joint effort, defended the interests of workers, da TAP, of tourism and the country, to which Groundforce's strategic role for all was made very clear and once and for all.

– Fruit of the historic strike last weekend, of which workers are the only protagonists, it was possible, in a meeting, reach a compromise with the Government, no sense to unlock, with immediate effect the strike of the days 31 de Julho, 01 e 02 de Agosto, informed the union structures, em comunicado.

The terms of the recall, explain, are the payment of vacation pay and annuities due in 2021, before July salary processing (dia 28), for all workers, but also the effective guarantee, and already made public by the Government, of the timely and full payment of the July salary.

The decision also has to do with the fact that there is a decision by the Government that Groundforce's shareholder situation will be resolved very soon, or by the sale of shares to a private company by Montepio, or by action/intervention of the Portuguese State and TAP.

Groundforce workers completed a two-day strike last weekend, summoned by STHA, as a protest for the unstable situation regarding the timely payment of wages and other pecuniary components that the workers of the handling company have faced since February 2021. The stoppage led to the cancellation of flights, especially at Lisbon airport.

In addition to this stoppage, desde o dia 15 of July that Groundforce workers are also carrying out an overtime strike, which goes on until 24 horas do dia 31 de Outubro de 2021.

APAVT: congress marks the re-encounter of Tourism in Aveiro

Azul reinforces operation for Portugal and makes a diary from December