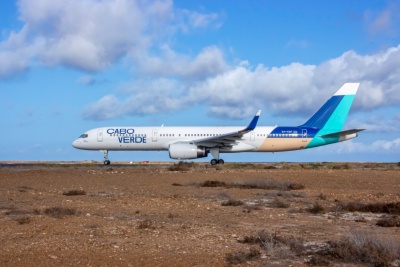 It's a comeback. The archipelago government sold the majority of the capital of Cape Verde Airlines (CVA) but announces that it will start negotiations to reverse the privatization of the airline.

The prime minister guaranteed that the Cape Verdean State will assume the entire management of the CVA, to safeguard the national interest, explaining that after restructuring the company will move the process forward to look for a new strategic partner.

The Cape Verdean government starts negotiations this week to reverse the privatization of Cabo Verde Airlines, decision that the prime minister justifies with the unavailability of Icelandic investors who lead the company to inject capital.

Speaking to Cape Verdean public television, Ulisses Correia e Silva said that the government will start a process of reversing the privatization of 51% of the capital that is in possession, hoje, da Loftleidir Icelandic, taking into account that we are not foreseeing that in the near future, primeiro, there is an injection of capital by the strategic partner in order to guarantee the perpetuation and continuity of the company's operations.

As a second reason, Ulisses Correia e Silva pointed out the breach of some agreements established in March between the government and the administration of the CVA, to allow the company to resume operations after 15 months of suspension of activity due to the Covid-19 pandemic.

A CVA, in which the Cape Verdean State maintains a position of 39%, then concentrated the activity on international flights from the ‘hub’ Sal, leaving domestic flights.

The company should have resumed international flights last Friday, with a connection between Sal and Lisbon, which ended up not coming true, after several hours of waiting at the airport, due to the lack of authorization from the ASA company, that manages airspace and airports, in an alleged dispute, not yet clarified by either party, about late payments by the company.

– We will always be on the side of protecting the national interest, that's what we're going to do, in order to create all the conditions for the resumption of flights to be a sustained resumption, not just make more calls, but it involves ensuring that the company can be restructured, can perform your operations, can meet its commitments to creditors and suppliers, said Ulisses Correia e Silva, explaining that after restructuring the company will move the process forward to look for a new strategic partner.

The Cape Verdean government announced at the end of February this year an agreement with the company's management to resume operations, providing for renegotiation with creditors. Following this understanding, the executive authorized the fifth state guarantee to an emergency loan request from the CVA administration, de 12 milhões de euros. With this guarantee, the financing requested by the company since November, with state guarantee, rise to almost 20 milhões de euros.

The new agreement provided for the reduction from three to two aircraft and the short-term resumption of flights to Portugal and the USA, to serve the Cape Verdean community. Em contrapartida, the state should strengthen its position on the board of directors, starting to have real decision-making power.

Madeira remains in a state of calamity and curfew