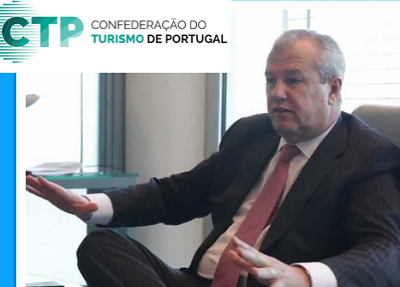 The Tourism Confederation of Portugal (CTP) requires the Government to announce measures to support companies with greater predictability and asks for the announced support to arrive with the utmost urgency.

Measurements cannot be announced with a dropper. Only with medium and long-term measures is it possible to guarantee stability to companies, stresses Francisco Calheiros, adding that companies cannot live in constant uncertainty., not knowing what they can count on in the coming months.

Nesse sentido, the president of the CTP considers that it is urgent that the supports are finally unblocked and remember that Government announced, earlier this month, a set of support that so far has not reached entrepreneurs..

It is urgent to implement the plan to reactivate Tourism, which foresees an investment greater than 6 mil milhões. It is not enough for the Government to announce, it is necessary to accomplish, emphasizes Francisco Calheiros, explaining that we are practically at the end of July and companies are facing numerous difficulties due to the various constraints that still exist as a result of the pandemic.

In addition to the implementation of the various supports announced in the plan to reactivate Tourism, CTP considers as insurmountable the need to maintain the current conditions of extraordinary support for the progressive resumption of activity in companies in a situation of business crisis until the end of 2021 and not just during july and august. To date, there is no recovery that allows these measures to be relaxed..

According to the president of CTP, Francisco Calheiros, it is still imperative to announce new structural measures, such as reactivating simplified layoff, that allows to keep the jobs; urgent and immediate support for the capitalization of companies, as well as the reinforcement of the Apoiar programs in all its aspects.. E conclui:

It is even more important to review the matter of moratoria, beyond the end of the year of 2021.