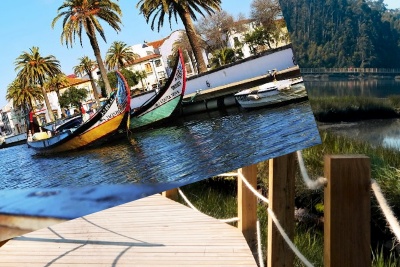 The “Grande Ria de Aveiro Route” extends through the 11 municipalities of the Intermunicipal Community of Aveiro Region (CIRA), with special focus on the seven riverside, and covers classified areas of natural value and also networks of walking routes, mountain bike centers, bike lanes and nautical structures.

Released yesterday (14) in Belgrade, Estarreja, the new route intends to take advantage of the Ria de Aveiro as a distinctive and identity feature of the territory.

For the president of CIRA and also the mayor of Aveiro, Anil Edwards, the big challenge for regional tourism is to attract visitors and make them return.

– The Route requires prior preparation, because it’s not physically possible to know everything in one day, or even just on a weekend. Getting people to come and come back is the big challenge, said Ribau Esteves explaining that the idea is to promote the territory in an integrated way, so that people can be helped in their enjoyment and enticed, in the good sense of the term, come to know the territory, the inhabitants, cultural values, balance-sheet, and environmental, in the balance between Man and Nature.

The “Grande Ria de Aveiro Route” is divided into three long routes, different: Blue Route, in an extension of 130,80 quilómetros, involves Ria and its main channels; the Golden Path, The biggest of all, tem 234,60 kilometers long and surrounds the interior territories of the lagoon, spreading to the coastal areas of North and South; and the Green Route, composto por 195,80 quilómetros, surrounds the interior territories of the Region, highlighting the most mountainous areas.